In Vermont we are proud of our woodlands, our mountains and our waterways. In fact, the mission of our Department of Forests, Parks and Recreation is to practice and encourage a high quality of stewardship of Vermont’s environment by managing forests for sustainable use and by providing and promoting opportunities for compatible outdoor recreation. This mission echos the concern for the environment expressed by John Muir in the late 1800′s as he explored the vast magnificence of the natural wonders of the US west.

John Muir, a Scottish born American naturalist was an early advocate of the preservation of the American wilderness. His many writings tell of his adventures in nature and especially his love of the Sierra Nevada. An outspoken supporter and active defender of  nature preservation,  his enthusiasm for nature was boundless.

An early advocate of the idea of national parks, Muir petitioned the US Congress to pass the Nation Park bill which, when passed in 1890, brought about the creation of both Yosemite and Sequoia National Parks. Today the name John Muir graces numerous trails, glaciers, camp-grounds and monuments in national park lands. Founded by Muir, The Sierra Club continues to be one of the most active and important conservation groups today.

If you watched the Ken Burns documentary on the National Parks you will remember the first part focuses on the life of John Muir.

Today in the United States, this Scottish born naturalist is referred to as the “Father of the National Parks”. Thank a Scot and go out and enjoy a national park this week.  April 21-29 is National Parks Week. 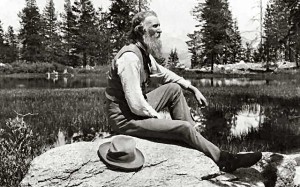 Find out what we are doing to keep our valued guests safe. Read more.