Things To Do In Central Vermont and Warren VT

A Christmas Story – You’ll Put Your Eye Out 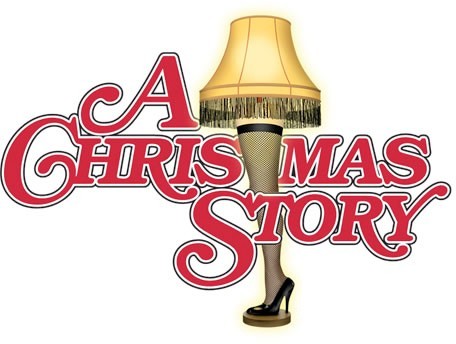 Some stories have the ability to transport you to many different eras and places at once – Jean Shepard’s classic “A Christmas Story” is one of these.

I’ll be surprised to hear you’re not familiar with the film. “A Christmas Story” is one of those classic, holiday movies beloved by many and watched over and over again each year – but even if you have seen it a billion times before, take my word that catching it on stage is a special treat.

Nothing entertains like live theater and “A Christmas Story,” as adapted for stage by Philip Grecian, is that perfect match of wacky comedy and heartfelt, holiday reminiscence that will pull you in with ease.

In case you *aren’t* familiar with it, “A Christmas Story” is set in the 1930’s/1940’s and tells the tale a 9 year old boy named Ralphie Parker who desperately wants a Red Ryder BB gun for Christmas – but no one thinks he is old enough. No one. Not even the Macy’s Santa! “You’ll shoot your eye out,” is the painfully familiar refrain.

But Ralphie is not the sort to take no for an answer.

Set against this background, Ralphie’s world unfolds before us with wacky subplots and even wackier characters: the foul-mouthed father with his “fra-gee-lay” lamp, the mean class bully who wants to beat Ralphie up, the strangely tempting, ice-cold metal of the flag pole …

Under the sure hand of the Mad River Valley Community Theater’s Valley Players, the stage production of “A Christmas Story,” is sure to deliver with a holiday tale that is at once endearing, heartwarming, and gut-bustingly hilarious.

Mad River Valley Lodging
Santa has nothing bad to say about a stay at West Hill House B&B, his concerns about Red Ryder BB guns aside. You can book a room with us without any fear of putting an eye out – and no one will complain if they find one our gift certificates in their stocking, either!

Get the latest news from our inn on special weekends, upcoming events, and more.  Plus get our ULTIMATE guide to the Mad River Valley and Central Vermont.

Our guide covers hiking, leaf-peeping, dining, tours, tastings and so much more!

Get Our Guide & Newsletter