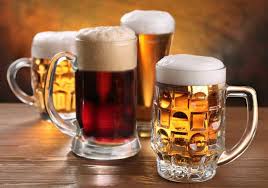 The website for the Secretary of State for Vermont provides some interesting background on the production of alcohol in Vermont. “Prohibition reigned in Vermont long before the national law of 1920. The Vermont Temperance Society formed in 1828, and by the 1830s towns were petitioning the legislature to end liquor sales. As temperance forces grew, statewide referenda against licensing were held. 1850’s Act 30 established a permanent ban on licensing alcohol for beverage purposes; two years later Act 24 banned manufacture. Vermont became a dry state for the next fifty years. In 1902 liquor law shifted to local option, so towns could still opt to forbid sales.” (The state website also provides a couple of  biographical notes on some of the more well known bootleggers!)

Vermont has come a long way since then. Greg Noonan hoped to open the Vermont Pub & Brewery, however laws needed to be changed in order to do so. Greg enlisted the aid of Bill Mares, then state legislator, to seek changes in the existing legislation governing the on-site sale of manufactured beer. Together, they rewrote the current language of law to allow manufacturers to sell their malt beverages on-site. In 1988 the Vermont Pub and Brewery opened its doors (and taps) and Burlington had its first brewery in ninety-four years.

Currently the Vermont Brewers Association notes a membership of over 50 breweries. With a state population of  just over 600,000 that means about one brewery for every 12,000 people, said to be the highest number of breweries per capita in the nation!

Humourist Dave Barry has a though on the topic of beer: “Without question, the greatest invention in the history of mankind is beer. Oh, I grant you that the wheel was also a fine invention, but the wheel does not go nearly as well with pizza.”

Beer lovers, when visiting the Mad River Valley, a visit to Lawson’s Finest Liquids recently opened brewery, taproom, and retail store should be on your list. The beautifully designed building and welcoming atmosphere provide a superb setting for tasting some of Vermont’s outstanding craft beer along with perhaps a big pretzel. Lawson’s also offers a four season beer garden including three fire bowls and  Adirondack chairs to keep you relaxed and toasty on the colder days. If you plan a beer tour, always have a designated driver and remember to drink responsibly.

Well Dave Barry, yes beer is a great invention and the wheel may not go well with pizza but, wheels will help you get to the Mad River Valley in Vermont where you can visit Lawsons’ Finest Liquids and the many other great locally owned shops, services, and restaurants.

The Mad River Valley awaits your visit…see you soon!