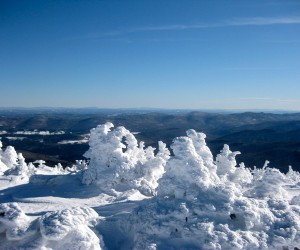 Access to the Trail is just a few minutes from West Hill House.

Most guests hike on it in the summer months, but Kelly & Paul had a magnificent outing in the December snow and sun – and then Paul proposed at the top of Mt Abraham!

Click on the photo to see more of their outing in our photo gallery.